History and recognition of British cinema

The history and recognition of British cinema has for years been part of an industry that remains in competition with films produced in Hollywood in the United States, despite being the most prominent in Europe.

Without a doubt, films like Harry Potter or even Notting Hill have had a notable blockbuster dominance in the world and have been recognized for the satisfaction they have given their audience.

But the life of British cinema has faced many setbacks, boom and bust times; all of them are part of its history, precisely the one we want to make known to you.

British cinema was created by the Frenchman Louis Le Prince, who recorded the first moving images in 1888. These were later taken to celluloid by photographer William Friese-Greene in 1890.

Later, in 1899, Edward Raymond Turner developed the tapes using three colors. Then during the decade of 1908 George Albert Smith developed what was known as Kinemacolor, which allowed capturing moving images in color, being used until 1914.

The boom that British cinema was reaching was overshadowed by the presence of the First World War and the rapid growth of the market in America. However, one of his compatriots gained ground and fame in the world, such as the famous Charlie Chaplin, a renowned character in silent films, despite the fact that his success occurred as part of American cinema.

The panorama changes part of the year 1930 when the film director Alfred Hitchcock, master of terror and suspense, enters the scene, who created by calling it the unspoken British film in some way. With all this, British cinema begins to have a new approach and earn a place within the world box office records, enjoying its golden age during the 1940s.

Once in 1950, British cinema was characterized by comedies and dramas about the war; with some horror films such as Dracula from 1958, starring the famous vampire of all time Cristopher Lee.

By the 1960s, many American producers began to make films shot in the English territory, within which themes of violence, humor or exotic places with style such as the case of James Bond are included by artists of the stature of Sean Connery, who were blockbusters in the world.

In those times, British cinema featured six Oscar-winning productions, achieved with the musical-style film Oliver in 1968 or Lawrence of Arabia, already awarded in 1962. 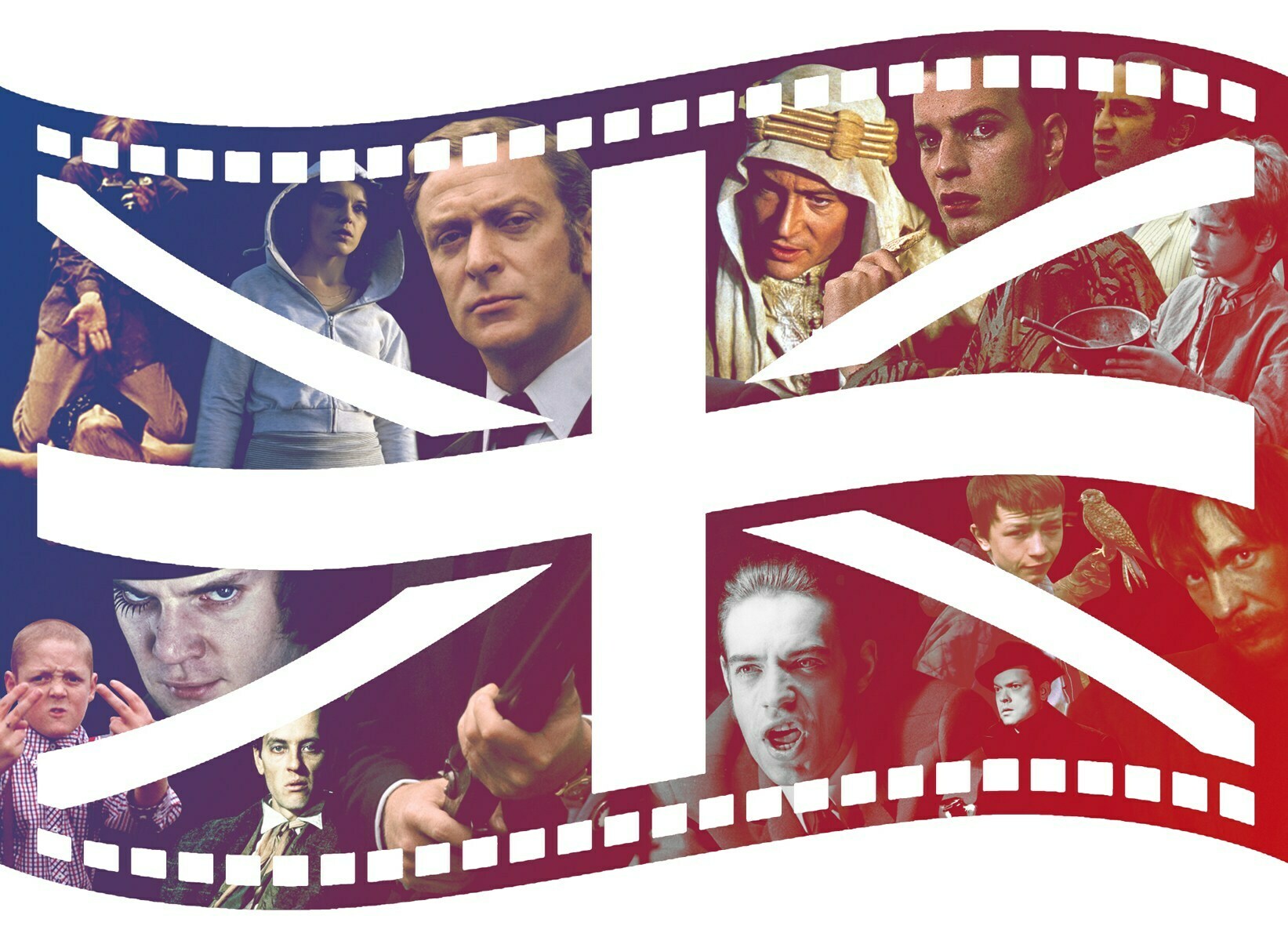 During the year 1970 controversial stories began to be made, letting out some more spicy content and characterized by cults or rituals that were previously taboo; films like A Clockwork Orange, Devils and Straw Dogs appear.

Crisis due to industrial recession

The economic situation of the world experienced during the year 1980, considerably affected the British cinema, reducing the production of films.

This led them to search for new generations of directors and actors, giving rise to the film “Chariots of Fire” by director Hugh Hudson, which won four Oscars for the year 1982.

Once again, British cinema seeks to solve difficulties and break through adversity, since being in the 1990s they did not have significant successes, even within their own country. But in 1994 they acquired a new impetus with the film “Four Weddings and a Funeral” by director Richard Curtis, which began to renew the interest of national and international economic investment in this industry.

From then on they began to reap box office successes such as the one achieved by “A place called Notting Hill”, from 1999.

With the arrival of the 2000s it continued to flow and give rise to projects that have been part of the history and recognition of the British cinema, with sagas such as Harry Potter or some others such as “the king’s speech” of 2011, which was awarded the Oscar as well as many others corresponding to the following years.

Today British cinema is one of the most powerful industries in the world which, as has been seen, emerged in a remarkable way overcoming obstacles and setbacks, but always keeping its creative spirit alive.